If you don't think our federal government could follow tyrannies of the past that turned against the people quickly and unexpectedly, then you're not paying enough attention.​

Oildriller on Gab: 'History has shown that YOUR OWN Gov always poses …'

Oildriller on Gab: 'History has shown that YOUR OWN Gov always poses the greatest danger to your life, liberty & happiness. Which is why the declaration of independence declared us independent of (a much milder version) of such a government, in 1776. Now completely reversed, and we have King...

They say there’s nothing to fear about plans to add 87,000 IRS agents. They say they are not militarizing the Internal Revenue Service. But a recent job posting by the Biden-Harris regime should cause massive concern to those of us who know the IRS is coming after law-abiding middle-class Americans.

The American IRS has a job posting for prospective special agents where you will need to carry a gun & be willing to kill.
Click to expand...

Some may say that this role is a limited one and would not represent many IRS agents. Currently, the IRS-CID is comprised of just over 3,000 agents. Now they’re hiring, and based on the amount of guns and ammunition they’re purchasing, they will not be a small unit for long. As Congresswoman Marjorie Taylor Greene posted on Twitter:

87,000 IRS agents will be hired with $80 billion taxpayer dollars when the Senate Reconciliation bill passes this weekend. And they’re buying more guns & ammo too. Lower to middle income Americans & small businesses will be the primary targets of Democrat’s new IRS force.
Click to expand...

Every tyrannical government in history claimed to be doing what’s best for the people and acted like there was nothing to worry about as they ramped up their draconian forces.

Are we seeing that manifested by the Biden-Harris regime?

It appears so.
Reactions: roadtrasheer 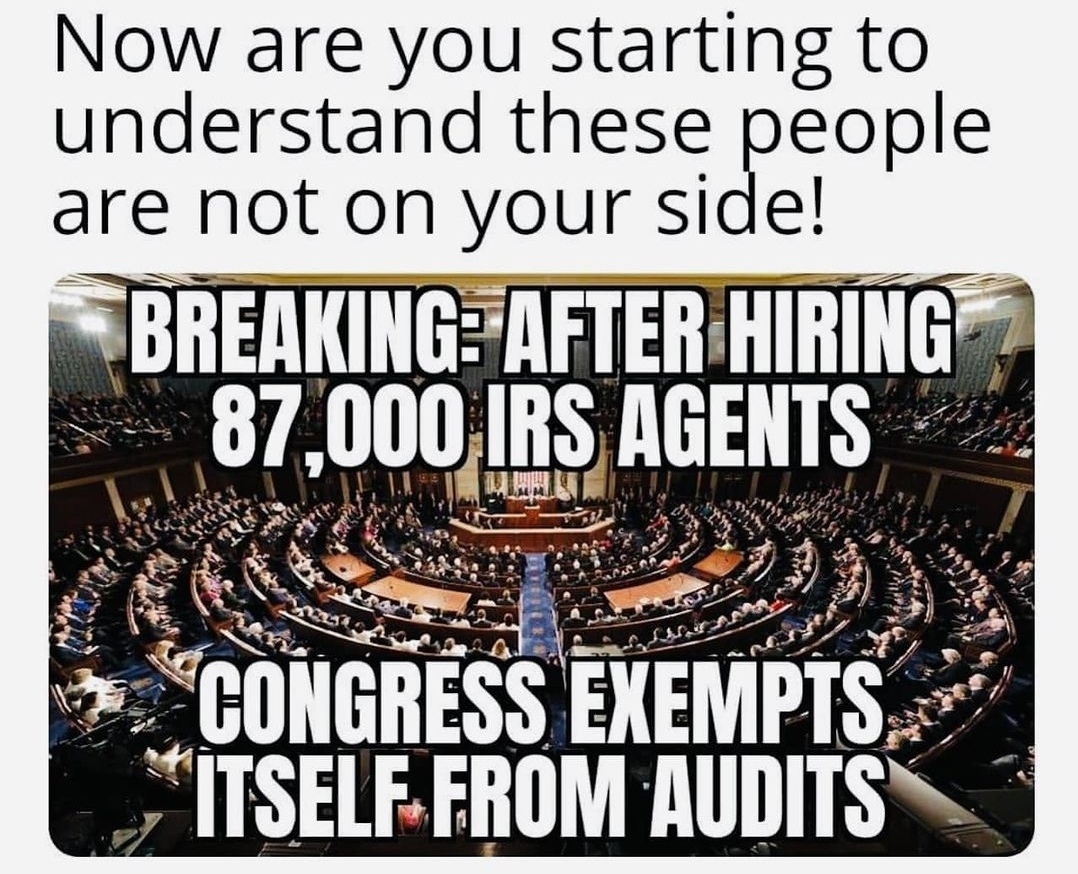 An IRS agent needs an AK-15. They are coming for Trumpword, starting with Trump. You’re next.
Reactions: GrimReaper82
G

Can’t make a post without saying or thinking about Trump. 🤣🤣🤣

The former IRS official at the heart of the tea party targeting scandal made disparaging remarks about Republicans, according to newly released emails

WASHINGTON - A former IRS official at the heart of the agency's tea party controversy called Republicans "crazies" and more in newly released emails. And a key GOP lawmaker says the remarks show that Lois Lerner was biased against conservative groups and targeted them for extra scrutiny.
Last edited: Aug 20, 2022

Just remember when you say I am next that I don't need an army and I know where you live.
R

How can they do that ?
How many Republicans voted for it ?
Wouldn't that put them above the law ?
You must log in or register to reply here.