Way to do your part in what you claim is a climate crisis. Thanks Pedo-Joe!

While presidents typically file absentee ballots to avoid the cost of traveling to their home states, the pedophile made the trip to vote in person, telling reporters Tuesday that he was boarding Air Force One simply "to vote."

The exact cost of the dumbass's trip to Delaware is unclear, but the Air Force revealed in 2014 that the average cost per flying hour (CPFH) of the Presidential Boeing 747 was $206,337. Biden took the smaller Boeing 757 version of AF1 on the trip, however, according to Bloomberg.

Estimates have claimed that the average cost of travel for a U.S. president is roughly $2,600 per minute.

The White House did not immediately respond to a request for comment from Fox News Digital on why Biden decided to vote in person. They also did not clarify the cost of the trip.

Pedo-Joe's critics have harped on his frequent visits to Delaware as president, spending 170 days at his beach house there since gaining office. That is just for one of his two homes in the state.

The GOP has been criticizing Pedo-Joe's vacation habits throughout his presidency, Tweeting last week that he had spent 40% of his term on vacation.

Pedo-Joe and first lady Jill Biden departed Washington for Delaware at roughly 6 p.m. Tuesday. They voted, hopped back on Air Force One and were flying back to Washington by 8 p.m. 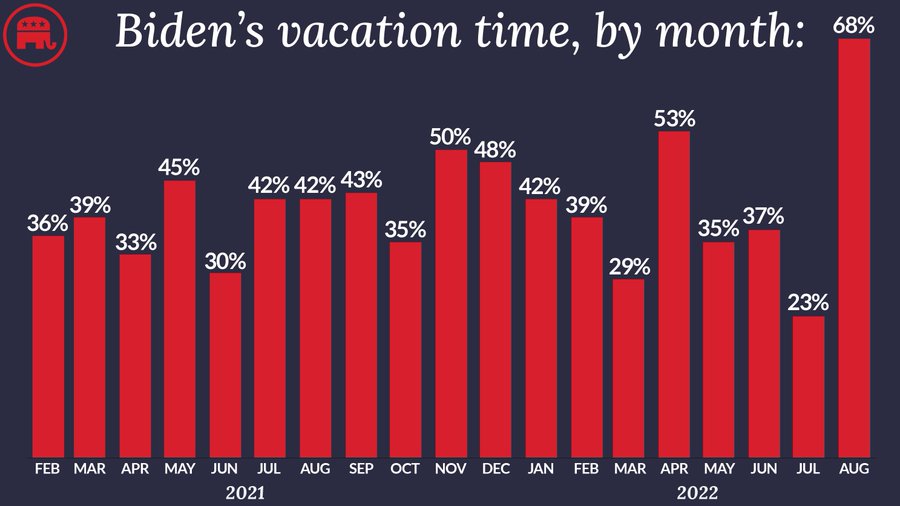 CRUDE AWAKENING: Pedo-Joe ripped for turning to socialist dictator for oil instead of US