Energy policy experts slammed President Biden after he falsely stated Thursday that the average price of gasoline was $5 a gallon when he took office in January 2021.


"Because of the actions we’ve taken, gas prices are declining," Biden remarked at an event in Syracuse, New York. "That’s adding up to real savings for families. Today, the most common price of gas in America is $3.39 — down from over $5 when I took office."

However, the average price of gasoline nationwide was $2.39 a gallon on Jan. 25, 2021, roughly 48% of what Biden claimed it was, according to the Energy Information Administration. In addition, while some estimates show that the most common price of gas is currently around $3.39 per gallon, the average pump price in the U.S. ticked up to $3.76 a gallon on Friday, AAA data showed.


And the average price of gasoline surged past $5 a gallon for the first time ever in June, 17 months after Biden took office. Overall, gas prices are more than 57% higher than they were when the president took office.

"For him to claim the gas prices have come down recently because of what he's been doing is ridiculous," Milloy added. "He's done nothing to increase oil production."

Dan Kish, a senior fellow at free-market think tank Institute for Energy Research, echoed Milloy, arguing that Biden's energy policies have factored into higher gas prices facing consumers. He also said the statement could have been a calculated decision ahead of the election.

"When I heard that statement by Biden yesterday, I was just like, ‘What planet is he on?’" Kish told FOX Business. "Who's telling him that? That wasn't a misstatement. It may be that they're just going with the idea that 'we'll throw a bunch of information out there.'

"These are the people that are screaming about misinformation, yet they seem to excel in it."

Energy prices, meanwhile, could factor into voters' decisions during the Nov. 8 midterm election. Recent polls show inflation, gas prices and the economy as major concerns for Americans ahead of the election.

"The only thing more terrible than Joe Biden’s energy failures is when Joe Biden lies about his energy failures," said Daniel Turner, executive director of Power the Future. "President Biden knows he’s lying to you, he just believes the American people will simply buy the falsehoods he’s peddling."

"Joe Biden knows that the voters have energy issues in mind when they go to the ballot box soon, and he will say whatever it takes to hide his failures," Turner continued.

The White House didn't respond to a request for comment. 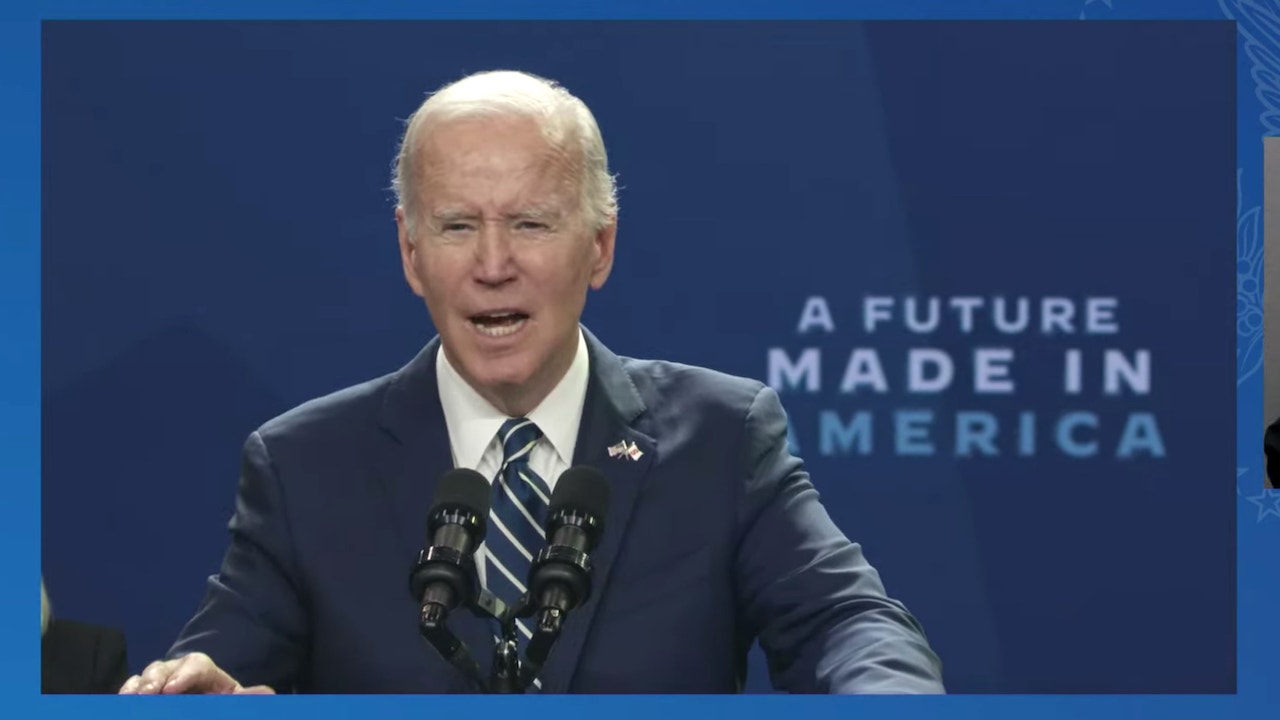 Energy experts criticized President Biden on Friday after he claimed a day earlier that gasoline prices were more than $5 a gallon when he took office.

Bleaters are the only ones who lap this BS up.

Free thinkers know better and are on the side of America.
You must log in or register to reply here.

Ron Klain, Biden’s Chief of Staff, sent out a tweet where he attempted to put together some positive points from obiden’s first two years... all lies

Pathological liar in chief: Pedo-Joe tells reporter gas in California has 'always' been $7 a gallon