America is being destroyed by the Democratic Party

LINK: America is being destroyed. If you want to destroy America, then you vote Democrat because the Democrat Party has been unmasked.

Its policies and programs are delusional and destructive, and they are dismantling the most fabulous nation on earth right before your eyes. The party has banded together in a concerted effort to destroy capitalism and implement a socialist economy. Capitalism stands in the way of a planned socialist economy, which they support, so they seek to deconstruct capitalism. In order to fundamentally transform America, you must seize power by perverting and sabotaging our Constitution, legal and voting systems. That's what they're doing.

The American people have not knowingly or voluntarily surrendered their liberty, property, society and Constitution to the reprobates and malcontents within the Democrat Party and who are among us. It's a slow process, and it's packaged in deceit and propaganda and lies. You are said to be the beneficiary of these designs when in fact you are the targets. The Democrat Party doesn't seek to improve society. It seeks to destroy it than replace it.

The influx of violent crime, soaring inflation rates and the ongoing migrant crisis are all the results of failed Democrat policies that have taken a toll on families across the country, Levin said.

The country is in decline and not because the American people want it. With massive inflation, with the dollar being destroyed. With the borders wide open. With massive crime taking place in our streets. Disrespect for police, the undermining of the United States military inflation, economic conditions through the roof. These are all decisions that have been imposed by the Democrat Party, not foreign powers, not Russia, not Ukraine, not Saudi Arabia, but Pedo-Joe and the Democrats. 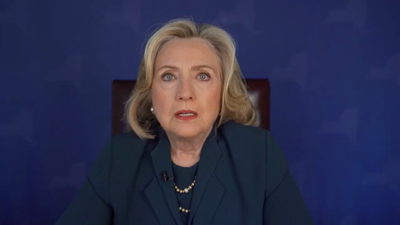 Disclose.tv on Gab: 'NEW - Hillary Clinton claims "right-wing extremists already have a plan to literally steal the next presidential election" and then asks for donations.'

gab.com
You must log in or register to reply here.

“Merry Christmas to EVERYONE,

For all of you bleating "cheerleaders" who are team oriented and don't think for yourselves...