Seems to be getting real

LINK: Special Counsel John Durham, in a filing late Monday, released what may prove to be a crucial piece of evidence in the case against former Clinton lawyer Michael Sussmann—a text message he sent to the former FBI general counsel the eve of their September 2016 meeting stating "the same lie in writing" that the information he would share would be "not on behalf of a client or company."

Durham contends that Sussmann was, in fact, working for the Democratic National Committee and the Clinton campaign at the time of the meeting.

Durham's original indictment alleges that Sussmann told then-FBI General Counsel James Baker in September 2016, less than two months before the 2016 presidential election, that he was not doing work "for any client" when he requested and held a meeting in which he presented "purported data and 'white papers' that allegedly demonstrated a covert communications channel" between the Trump Organization and Alfa Bank, which has ties to the Kremlin.

The indictment alleges that Sussmann lied in the meeting, "falsely stating to the General Counsel that he was not providing the allegations to the FBI on behalf of any client."

Durham, in his Monday filing, writes that Sussmann "had assembled and conveyed the allegations to the FBI on behalf of at least two specific clients," including Tech Executive-1, who has been identified as Rodney Joffe, and the Clinton campaign.

The tech executive has since identified himself as Rodney Joffe. Joffe is not named in Durham’s filing and has not been charged with a crime.

The text message, according to Durham, stated: "Jim—it’s Michael Sussmann. I have something time-sensitive (and sensitive) I need to discuss. Do you have availability for a short meeting tomorrow? I’m coming on my own—not on behalf of a client or company—want to help the Bureau. Thanks."

Baker replied: "Ok. I will find a time. What might work for you?"

Sussmann responded: "Any time but lunchtime—you name it."

Sources familiar have told Fox News that "Campaign Lawyer-1" is a reference to Marc Elias.

Durham alleged that Sussmann, Joffe and Joffe’s associates "exploited" internet traffic about a "particular healthcare provider," Trump Tower, Trump’s Central Park West apartment building and the Executive Office of the President of the United States in order to "establish ‘an inference’ and ‘narrative’" tying Trump to Russia.

Durham alleges that Sussmann in February 2017 provided an "updated set of allegations," including the Alfa Bank claims, and additional allegations related to Trump to a second U.S. government agency, which Fox News has confirmed was the CIA.

Durham also called for handwritten notes from then-FBI officials—specifically the former assistant director for counterintelligence and a former deputy general counsel— to be admitted as evidence for Sussmann’s trial.

In handwritten notes about Sussmann’s meeting with Baker, purportedly belonging to the former assistant director for counterintelligence, Durham says the official wrote: "said not doing this for any client."

"Similarly, the Deputy General Counsel took the following notes, which stated, in part, ‘No specific client but group of cyber academics talked w/ him about research."

Durham includes images of the handwritten notes in his filing.

The interview was conducted under oath by then-chief congressional investigator for the House Intelligence Committee’s Russia investigation, Kash Patel.

In the line of questioning Durham is requesting be admitted as evidence for trial, Patel asks Sussmann if he engaged with the FBI and the CIA on his "own volition," to which Sussmann replied: "No."

Patel then asks Sussmann if his client directed him to have conversations with the FBI and CIA, to which Sussmann replied: "Yes."

Patel asked if Sussmann’s clients knew he was going to the CIA to disclose additional information in February 2017, to which he replied: "Yes."

Sussmann also testified that he had "a conversation" with his client, "as lawyers do with their clients, about client needs and objectives and the best course to take for a client."

"And so it may have been a decision that we came to together," Sussmann testified. "I mean, I don’t want to imply that I was sort of directed to do something against my better judgment, or that we were in any sort of conflict, but this was -- I think it’s most accurate to say it was done on behalf of my client."

Meanwhile, Durham, in his filing late Monday, also motioned to admit a Clinton campaign tweet from Oct. 31, 2016. Durham does not specify which tweet he is requesting to be admitted.

Durham could be referring to former Secretary of State Hilliary Clinton’s Oct. 31, 2016 tweet stating: "Computer scientists have apparently uncovered a covert server linking the Trump Organization to a Russian-based bank."

"This could be the most direct link yet between Donald Trump and Moscow," Sullivan said in the October 2016 statement. "Computer scientists have uncovered a covert server linking the Trump Organization to a Russian-based bank."

Sullivan said the "secret hotline may be the key to unlocking the mystery of Trump’s ties to Russia."

"This line of communication may help explain Trump’s bizarre adoration of Vladimir Putin and endorsement of so many pro-Kremlin positions throughout this campaign," he continued. "It raises even more troubling questions in light of Russia’s masterminding of hacking efforts that are clearly intended to hurt Hilliary Clinton’s campaign."

Sullivan added that they "can only assume federal authorities will now explore this direct connection between Trump and Russia as part of their existing probe into Russia’s meddling in our elections."

A second Clinton tweet from that day stated it was "time for Trump to answer serious questions about his ties to Russia."

Clinton tweeted an image that states that Trump had "a secret server" to "communicate privately with a Putin-tied Russian bank called Alfa Bank."

Durham, in a footnote attached to the reference to the Clinton campaign tweet, states: "Currently, the Government does not know what particular defenses counsel plans to mount at trial."

"While it is plain from the defendant’s motion to dismiss that he plans to make a materiality defense, the defendant may choose to raise other theories of defense as well," Durham continues. "Accordingly, the Government’s motions in limine here are intended to address evidentiary issues that might arise as part of various possible defense theories."

Sussmann’s trial is scheduled to begin on May 16.
Reactions: roadtrasheer

"This proves nothing" (quoting what boomboom521 would say about this because he doesn't have the stones to admit he's been 100% dead wrong about it from the jump) 😒
Reactions: 30CAT 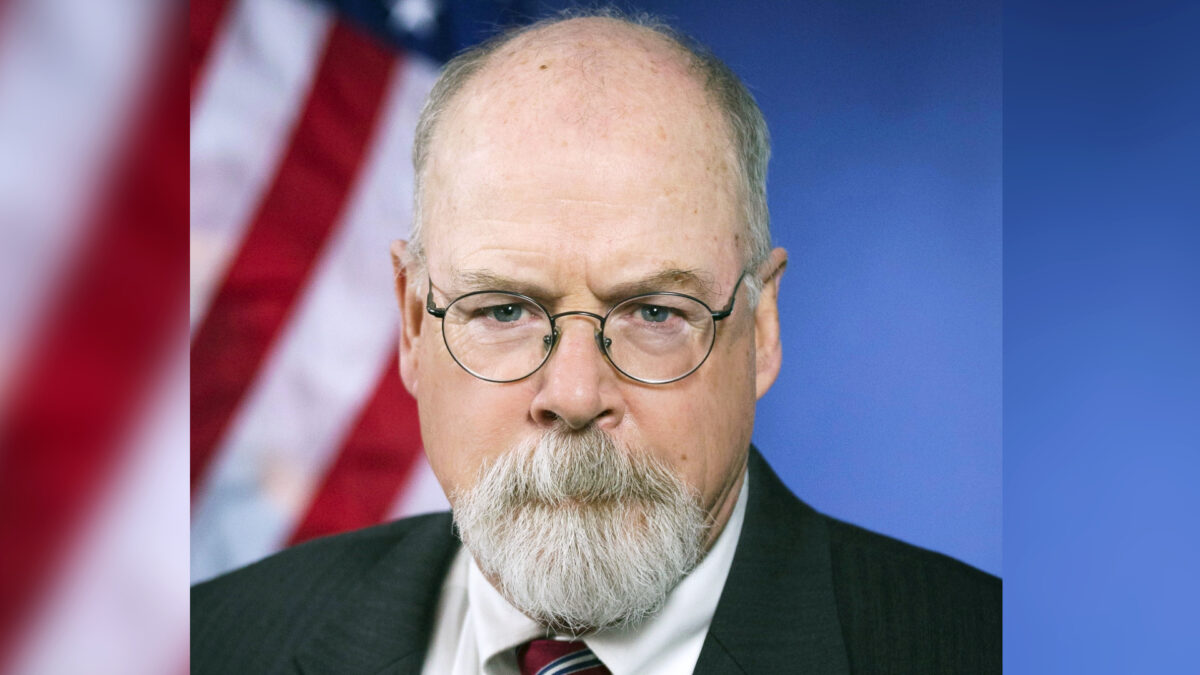 The Epoch Times on GETTR : #JohnDurham published potentially conclusive evidence in the case against former Clinton campaign lawyer #MichaelSussmann, showing alleged texts he sent to the #FBI general counsel that he wasn’t working for any client when

#JohnDurham published potentially conclusive evidence in the case against former Clinton campaign lawyer #MichaelSussmann, showing alleged texts he sent to the #FBI general counsel that he wasn’t working for any client when he provided info to the bureau...

Silence on the Left. Guilt by omission.

gettr.com
Reactions: atlkvb
You must log in or register to reply here.

Clinton did enormous damage to the country

lol... Handwritten Notes From 2017 Show FBI Agents Mislead DOJ On The Trump-Russia Investigation... of course they did...