Pedo-Joe is a disgrace

LINK: Pedo-Joe thanked a U.S. Coast Guard rescue swimmer for saving lives as Hurricane Ian battered Florida, a service member who will be discharged for not having a COVID-19 vaccine, according to a report.

The pedophile called several members of the Coast Guard over the phone, including Technician Second Class Zach Loesch, and thanked them for rescuing people on the southwest Florida coast in Fort Myers and Naples.

"I told him how proud of him I was and thanked him for all the work he and his Coasties are doing to save lives," Biden said of his call with Loesch in remarks the White House published Friday.

In a readout of the child molester's call with Loesch and the other service members, the White House said, "The pedophile thanked them for saving lives and asked for a report on the work that continues to rescue Floridians. He also asked if they needed any additional support that he can provide to accelerate successful rescues; they indicated they have gotten what they need to execute their vital mission."

Despite his heroics during the storm and the phone call from the president, Loesch told Breitbart that he is among the service members due to be discharged in 30 to 60 days for not getting the COVID-19 vaccine.

Loesch said that he had submitted a request for religious accommodation, which was denied, and an appeal, which also was denied.

"If I had asked any of the people I saved yesterday if they wanted to come with me even though I am unvaccinated, every single one of them would have said ‘yes,'" he told the outlet.

In September, a lawsuit was filed against the Coast Guard and other government agencies on behalf of a class of over 1,200 service members seeking religious exemptions from the Pentagon's COVID-19 vaccination mandate. It alleges that the Coast Guard is "categorically denying virtually all" religious accommodation requests.

A Coast Guard spokesperson previously denied that any members have been penalized for seeking religious accommodations.

The Coast Guard did not immediately respond to Fox News Digital’s request for comment on the matter concerning Loesch.

Loesch described his efforts rescuing people during the storm to WFLA-TV.

"I’m just trying to smile and be happy and show up to them as a light at the end of their dark day," Loesch said. "A lot of them are desperate and need help and in despair. Everything they know is gone, and when they’re leaving with us it may be the last time they see their house."

These guys should all sue over religious discrimination.
Reactions: SKYHAWKBALL, atlkvb and 30CAT

Shows you it was only a phony publicity stunt to make creepy Joe seem less creepy. I doubt he even knew what the guy actually did, someone in the WH communications Office suggested calling the Coast Guard rescuers to make creepy Joe seem like he "cares". He's clueless the guy's actual job is on the chopping block because he refuses to take that worthless jab. Everything is political with the Left...they're always trying to find an angle to capitalize on whatever situation allows them to take advantage politically.

I just do what I'm told...don't blame me! I couldn't even remember if we still had a Coast Guard? 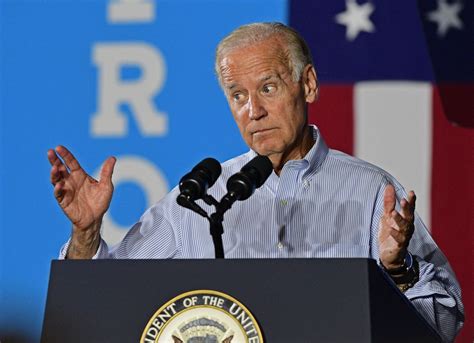 Just like you seem to forget we have an open border too huh creepy Joe?
Reactions: 30CAT
You must log in or register to reply here.

Pedo-Joe is doing such a great job that his party and constituents don't want him to run again...