No more 'Pariah' state as Pedo-Joe seeks help from the Saudis as gas prices skyrocket (What a dip$h!t)

LINK: Pedo-Joe is slated to make his first trip since taking office to the oil-rich nation of Saudi Arabia in July, with what some observers say is the goal of reducing gasoline prices for consumers and confronting Iran’s nuclear weapons program.

U.S.-Saudi relations have hit a historic nadir. Earlier this year Saudi Arabia reportedly refused a request from the pedophile to speak amid rising oil prices due to Russia’s war in Ukraine. Mohammed Khalid Alyahya, a visiting fellow at the Hudson Institute in Washington D.C., noted that the first thing to be done was "Fixing a relationship that has been beneficial for eighty-years to the U.S. and Saudi Arabia. It has not reached a low worse than recently." 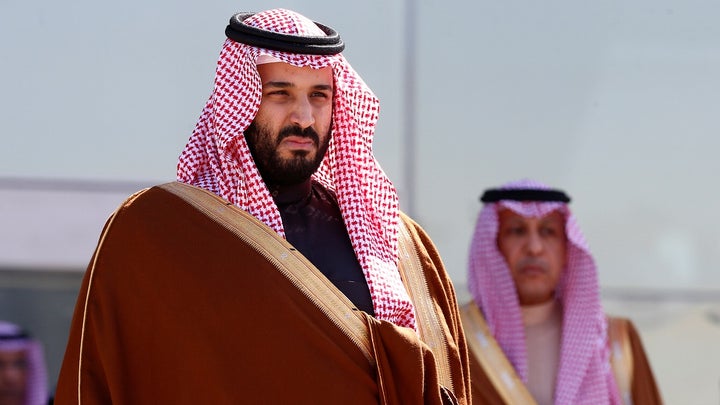 To broker a rapprochement with Saudi Arabia, Pedo-Joe will have to abandon his campaign pledge to treat the kingdom as a "pariah" state after it, according to the CIA, carried out the assassination of Saudi columnist Jamal Khashoggi in its consulate in Istanbul.

Hannah, a senior fellow at the Jewish Institute for National Security of America (JINSA) stated the visit was "a major climb down for Team Pedo that’s been forced on them by $5 per gallon gasoline prices, raging inflation, and an accommodationist policy toward Iran that has reached a dead end."

Hannah continued, "All of the virtue signaling of Team Pedo’s first few months in office, aimed at making good on the pedophile’s campaign promise to turn the Saudis into pariahs, might have made the Democratic Party’s progressive left feel good," but he said Pedo-Joe’s playing to the progressive constituency "backfired miserably when it came to serving U.S. national interests."

He added that "it poisoned relations with the Arab and Muslim world’s most influential country to a point where it wouldn’t even take a call from the President of the United States in the middle of a European crisis (the Ukraine war) that posed the greatest challenge to the American-led international order in the past 30 years."

According to a White House statement on Tuesday, Pedo-Joe will travel to Jeddah, Saudi Arabia to discuss "the UN-mediated truce in Yemen, which has led to the most peaceful period there since war began seven years ago….expanding regional economic and security cooperation, including new and promising infrastructure and climate initiatives, as well as deterring threats from Iran, advancing human rights, and ensuring global energy and food security."

Critics of the kingdom have urged Biden to hold Saudi Arabia accountable for alleged involvement in terrorism and human rights abuses, other critics have shown shock over his policy U-turn.

Ali Al-Ahmed, the director of the Washington D.C. based Gulf Institute said Pedo-Joe's decision to visit the Kingdom will be seen as, "one of the biggest mistakes," made by a U.S. president. Noting that Pedo-Joe, who had called the Saudis a "pariah," is showing weakness to friend and foe alike.

"Now American allies in the region are going to say maybe we will copy what MBS is doing. If he can bring the American president to his knees we can do that too."

Al-Ahmed stated that, "the impact of this capitulation is strategic as it will encourage Putin in Russia and Xi Jinping in China to become more aggressive with a president who was outwitted by (the) young MBS."

Also, critical of Pedo-Joe's visit are the families who lost relatives in the 9/11 terror attacks.

"We appreciate the pedophile’s commitment to do everything he can to support the 9/11 family community, but empathy is not enough. Pedo-Joe must do what past Presidents have not, which is to demand transparency from Saudi Arabia and accountability for those who supported al-Qaeda and the hijackers who murdered our loved ones," said Terry Strada, National Chair of 9/11 Families United.

The 9/11 Families United organization is a coalition of family members of victims and survivors of the terrorist attacks. According to 9/11 Families United, declassified U.S. intelligence showed "a document seized in the days after the 9/11 Attacks from a Saudi agent who is known to have provided substantial assistance to the hijackers, showing a drawing of a plane and formula used to calculate the rate of descent required of an aircraft to reach a target on the horizon at a given speed."

Brian Katulis, a senior fellow and vice president of policy at the Middle East Institute in Washington told Fox News Digital "It seems that Team Pedo’s Middle East policy approach is growing up, moving from adolescence toward a more mature phase of a balanced engagement with close partners in the region."

"The hyper-partisan noise and cheap politics in America aimed at trying to make the bilateral relationship a partisan wedge issue in America’s internal politics has actually damaged America’s ability to get things done in the Middle East and achieve its stated goals. This has been a problem in U.S.-Saudi relations as well as U.S.-Israel relations, and hopefully this visit will help set a new, steadier tone," he continued.

On human rights and the Khashoggi murder, Katulis advised: "Team Pedo should instead use this opportunity for re-engaging Saudi Arabia more deeply to have candid conversations about how the kingdom’s practices on human rights create distance between itself and key parts of the rest of the world, and also aren’t compatible with its own efforts to social reform agendas at home."

He continued, "It would also be wise for Team Pedo to highlight human rights as an issue in its dealings with Iran, which has an awful record when it comes to respecting the basic rights of its own people," he said.

For Mohammed Khalid Alyahya, a former editor-in-chief of the English edition of the Saudi news organization, Al Arabiya, noted that "US media are putting Iranians on mute and disproportionately focused on Saudi Arabia."
You must log in or register to reply here.

Pedo-Joe gets testy, then falsely claims inflation in ‘every other major industrialized country' higher than US (But let's talk about Trump)