How obiden inc Is Aiding And Abetting The Biggest Border Fraud In U.S. History... article of impeachment #1

The Biden administration will soon remove the last serious speed bump to an open border, opening the floodgates to mass asylum fraud. 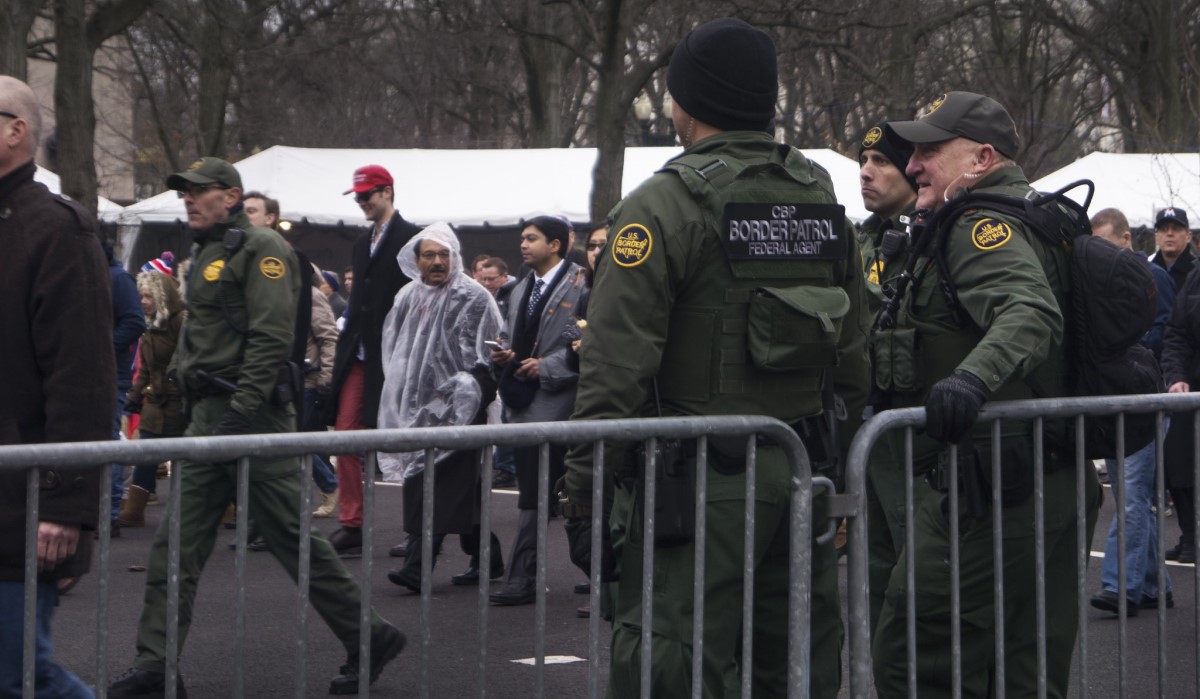 How Biden Is Abetting The Biggest Border Fraud In U.S. History

The Biden administration will soon remove the last serious speed bump to an open border, opening the floodgates to mass asylum fraud.

AUSTIN, Texas — America was already weathering the greatest border crisis in recorded history when President Joe Biden’s administration announced the last day of the Covid-related public health order Title 42 will be May 23. That’s the pandemic containment U.S. Code that, since President Donald Trump invoked it in March 2020, has been used to deny illegal border jumpers access to the American asylum system while bouncing them back to Mexico.

Biden started the crisis on Inauguration Day with his first executive orders and by cutting out major exemptions in Title 42 for illegal migrant families and minors. What was left of it posed the last serious speed bump to an unimpeded open border.

The Biden government has publicly admitted that something bad will happen at the southwest border: an estimated 12,000 to 18,000 migrant apprehensions a day (versus the record-breaking 6,000 average now), or up to 540,000 a month (170,000 a month lately), and maybe six million by the end of 2022 (compared to the nationally historic two million apprehensions at the end of 2021). A Washington Post headline craftily understated that Biden’s Department of Homeland Security was bracing for “unprecedented strains.”

No one seems to be asking why as some 540,000 illegal migrants per month will soon be jumping the borders in all the front-line states. The overlooked real reason they will come is to defraud an American asylum system that Title 42 denied them but will now be returned, more prone than ever to abuse.


The ‘Remain in America’ Fraud​

Clues about the true reasons for Title 42’s demise can be found throughout the communiques of pro-illegal immigration organizations. It was never that the public health crisis had passed, only about reopening full access to the American asylum system. Why?

Groups like the Refugee and Immigrant Center for Education and Legal Services (RAICES), relentlessly campaigned to kill Title 42 because they want Remain in America back. In one communique, RAICES correctly assessed that Title 42 was designed to “deter as many people from entering the United States as possible.”

Title 42 most certainly took Remain in America offline. Border Patrol apprehensions plummeted from the 45,000 range in late 2019 to 17,106 in April 2020 and 23,237 by that May. The activist industry has felt infuriated ever since and campaigned to restore Remain in America to its pre-Trump glory.

“For two years, Title 42 has blocked more than 1.7 million migrants from seeking safety at our border under the guise of public health and needs to end right now,” Tami Goodlette, director of litigation at RAICES, groused in an April 1 statement.

Disingenuously, such activists couch demands for Title 42 dismantlement as a high-minded moral imperative, counting on the fact that average Americans don’t understand its narcotic enticement on the world’s poor.

“People fleeing danger in their home countries have the legal right to seek safety and protection in the United States,” Goodlette went on. “And it must also immediately restore the asylum process without expanding the country’s mass incarceration and deportation machine.”

Such proponents will never say out loud what they must surely know: Open access to asylum’s Remain in America sets off border stampedes and its May 23 restoration is what brought the migrant hurricane now whirling off the American shore.

The asylum law was born of noble purpose, but ineligible economic migrants and their professional American champions have coopted and corrupted it. Amended from earlier laws that contemplated World War II-era refugee flows, the system’s off-ramp from deportation today came from the Refugee Act of 1980. It required that America “respond to the urgent needs of persons subject to persecution in their homelands” to avoid deporting “refugees of special humanitarian concern.”

The people its architects had in mind to save were, say, Vietnamese boat people fleeing communist “reeducation camps,” Jewish “refuseniks” fleeing the Soviet Union repression, or perhaps Uighur Muslims from Communist Party government labor camps. Intending claimants had to demonstrate “a well-founded fear of persecution” by governments or political groups the governments can’t control, based on one or more of five criteria: race, religion, nationality, membership in a particular social group, and, political opinion.

Over time, anyone crossing the border discovered he too could avert deportation with a persecution story fit to one of the five criteria. No verification was needed.

U.S. Citizenship and Immigration Services interviews ask asylum claimants if they have a “credible fear” of returning home. This is little more than a gut check. The bar to “yes” is low, and verification of persecution stories is not required. Government interviewers just had to judge a 10 percent likelihood that the petitioner faced potential persecution under the five categories.

A “no” in the box can lead to deportation but is appealable for years. A “yes” permits migrants to enter America with a year to file a formal asylum petition, then many more years (the court backlog was 4.5 years as of FY2021) to get before an immigration judge for a final judgment, or more appeals for years after that. Or they can just blow it all off and disappear.

So a Honduran yam farmer fleeing a failed crop who claims government persecution is highly likely to win the same long-term reprieve as would a North Korean gulag escapee.


Mass Fraud Coming and Every Insider Knows It​

The asylum system is not geared to detecting asylum fraud, and U.S. prosecutors aren’t very interested in prosecuting it, according to General Accountability Office reporting in recent years. But evidence of fraud is indicated by immigration judge denials, Executive Office of Immigration Review statistics (EOIR) show. There’s other evidence of mass fraud.

In recent years, I’ve interviewed probably hundreds of Haitians en route to the American border to claim asylum on grounds that they can’t return to Haiti’s government and criminal gang persecution. But I’ve never met a Haitian actually coming from Haiti. All of them had been living comfortably and securely in Chile and Brazil for four, five, and six years.

They discard their Chilean and Brazilian identification documents all over the riverbanks of the Rio Grande, where I find them. They toss these because they are evidence of asylum ineligibility, proving they were living safely for years in those two prosperous South American nations. 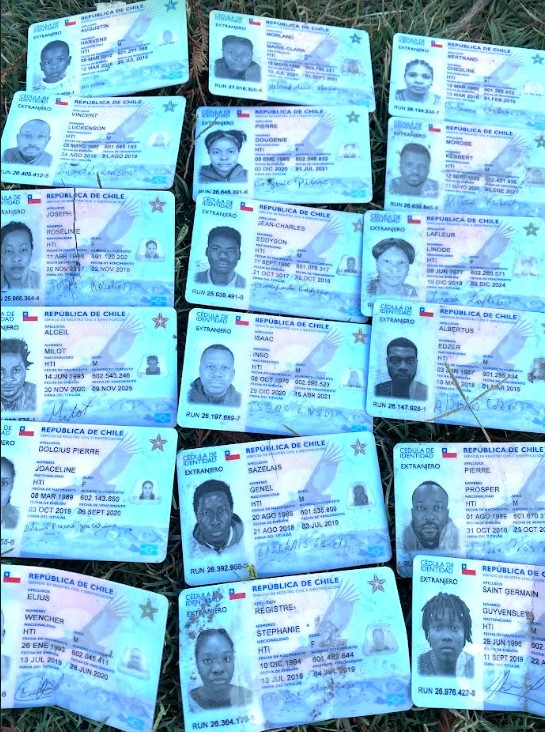 I find such discarded passports from countries all over the world, foretelling that their bearers planned to cover their ineligibility tracks and provide fake or altered names to American interviewers. Fraud.

EOIR statistics show judges aren’t buying most Haitan asylum claims. They granted just 7 percent 2020, accounting for an abandonment or withdrawal rate of 42 percent and a denial rate of 51 percent.

That’s for good reason, according to someone who worked as a judge for many years. Andrew “Art” Arthur, who served on the bench in Pennsylvania, said people who settled into protected lives in third countries have little chance of legally receiving U.S. asylum.

“Asylum is for people who don’t have anywhere else to go,” Arthur said. “These people actually have somewhere to go where their lives are not in danger. They were already settled.”

“A drowning man will reach for the point of a sword; that’s the idea behind the asylum system,” Arthur continued. “But these people aren’t drowning. They’re sitting on a beach.” 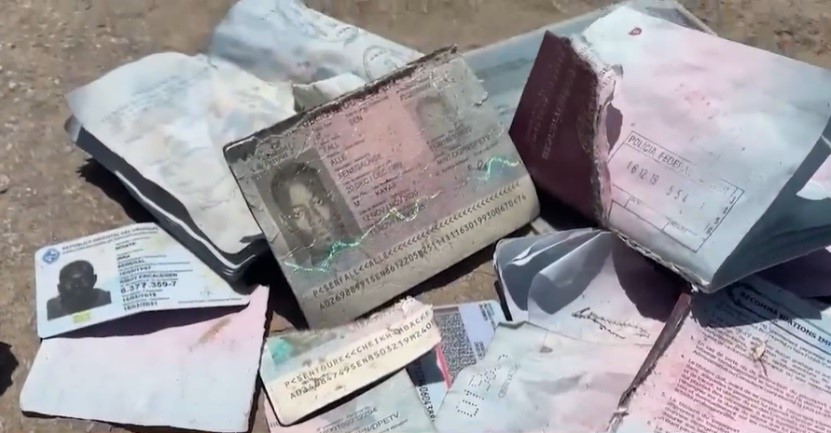 Consider Guatemalans. By the end of February 2022, Guatemalans topped the list of nationalities with backlogged asylum cases at 313,836, according to Syracuse University’s Transactional Records Access Clearinghouse data. But outcomes indicate no real interest in asylum beyond its Remain in America provisions.

In 2019, out of every 100 asylum claims that got Guatemalans summarily released into the country, 77 percent never bothered to follow through with a formal application, EOIR statistics show. Of the 33 percent who did, judges granted just 5 percent. As for the rest, either judges denied the claims or Guatemalans abandoned them.


A New Superhighway for Asylum Fraud​

Asylum fraud is vastly successful under that system but not enough, evidently, for the pro-illegal immigration advocacy industry. It could not be more excited than now for a new and improved system set to open when Title 42 falls.

The Biden administration has finalized a plan that takes immigration judges out of the picture and replaces them with U.S. Citizenship and Immigration Service adjudicators who can be ordered to rubber-stamp asylum claims right at the border starting as soon as June. Legal challenges are expected.

Under the headline “Biden Administration Prepares Sweeping Change to Asylum Process,” a March 24 New York Times story acknowledged that critics predict the new system “will draw even more hopeful migrants to the border.”

Trump worked hard to neutralize the asylum system’s most alluring elements. But all the planets and stars seem to have lined up for a true Noah’s Flood at the border. When it ends, no one should forget what caused it and why.
Reactions: 30CAT 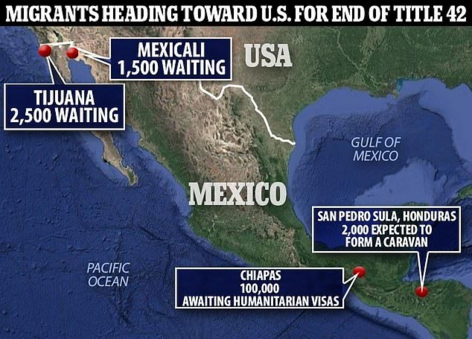 Pedo-Joe is creating the worst illegal immigrant crisis ever...How clever is this?!

Team Pedo for diverts funds from poor Americans to migrants: 'Insult to injury'