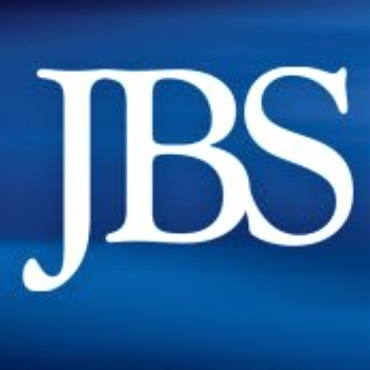 John Birch Society on Gab: 'Under the guise of paying “climate” reparations, …'

John Birch Society on Gab: 'Under the guise of paying “climate” reparations, governments of wealthier nations attending the UN climate-change summit agreed to seize potentially unlimited amounts of their citizens’ wealth for redistribution. It was described as a “down payment” on permanent... 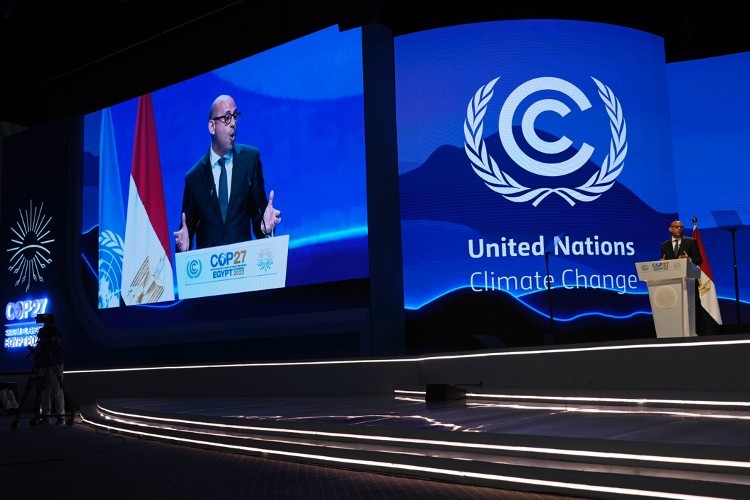 SHARM EL SHEIK, EGYPT — Under the guise of paying “climate” reparations, governments of wealthier nations attending the UN climate-change summit agreed to seize potentially unlimited amounts of their citizens’ wealth for redistribution. It was described as a “down payment” on permanent wealth...

SHARM EL SHEIK, EGYPT — Under the guise of paying “climate” reparations, governments of wealthier nations attending the UN climate-change summit agreed to seize potentially unlimited amounts of their citizens’ wealth for redistribution. It was described as a “down payment” on permanent wealth transfers to the UN as well as governments, kleptocrats, and dictatorships ruling over poorer countries.

The promised money, described as payments for climate “loss and damage” supposedly caused by emissions of carbon dioxide from people in “developed” nations, was widely celebrated by tax-funded climate activists and those expecting to receive the funds. But many claimed it was not enough, and that trillions per year would be required even as the West is forced to tear down its economic productivity and energy infrastructure.

“This COP has taken an important step towards justice,” claimed UN Secretary General António Guterres, former leader of the Socialist International, after the deal was announced. “I welcome the decision to establish a loss and damage fund and to operationalize it in the coming period. Clearly this will not be enough, but it is a much-needed political signal to rebuild broken trust.”

Essentially, the UN and its member governments, along with the legions of tax-funded “climate” activists with non-governmental organizations (NGOs), argue that CO2 emissions from the United States and Europe are responsible for worsening everything from droughts and floods to hurricanes and storms. In a period of just a few years, the rhetoric went from climate “change,” to climate “crisis,” to climate “emergency,” to latest buzz term: climate “hell.” And it is all your fault.

Communist China, which emits more CO2 than all Western nations combined, is exempt from paying into the fund and from slashing its emissions. In fact, it is currently building hundreds of coal-fired power plants, something nobody at the summit was willing to discuss in any depth on record with The New American for reasons that remain unclear.

Instead, taxpayers in the West, along with international development banks they fund, are expected to fork over the money. Government representatives from Denmark, Austria, Scotland, Belgium, Canada, France, Germany, New Zealand, and other Western nations — many of which are facing potential electricity blackouts this winter amid decimated energy systems resulting from “climate” policies — were among those promising to hand over money from their citizens.

But whether the U.S. Congress will agree to provide funding for the scheme remains to be seen. With Republicans having officially retaken control of the House of Representatives during the UN COP27 (27th Conference of the Parties), The New American asked countless delegates, activists, and other attendees about what would happen if U.S. taxpayers refused to play along. Most seemed confused or even outright hostile that somebody was injecting reality into the frenzied bubble that these climate negotiations have become.

On the last official day of negotiations before the summit went into overtime, The New American asked the deputy prime minister of the Democratic Republic of the Congo, Ève Bazaiba, who was demanding Western money in exchange for preventing Congolese people from using their nation’s resources, what would happen if the GOP refused to play along. She said her government would have to learn more. That is the same thing Biden administration Climate “Czar” John Kerry mumbled through his face mask when asked by TNA whether he would be committing U.S. taxpayer money to the scheme.

However, GOP control over federal purse strings will be a reality in January, and many Republicans reject the entire hypothesis that man’s emissions of the “gas of life” are causing climate change. In 2009, then-President Barack Obama and other government leaders from developed nations promised to funnel $100 billion per year of their citizens’ money into a “Green Climate Fund.” However, Republican lawmakers refused to cooperate, rendering Obama’s pledge meaningless. Obama was able to illegally divert some money into the scheme, but nothing close to what was promised.

Then Donald Trump began the process of extricating the U.S. government from the Paris Agreement, rendering it all moot. Nobody at the summit was willing to discuss Trump’s views or his recent announcement of his run for president in any detail, either — at least not on record.

But even if the $100 billion were to materialize as the Biden administration undermines the nation’s economy and drives citizens deeper into unpayable and unsustainable debt, that is not enough for leading “climate” experts.

“This is the time to truly fill up the Green Climate Fund,” demanded Potsdam Institute for Climate Impact Research Director Johan Rockström in comments to the Great Reset-pushing World Economic Forum. “$100 billion is much too little, we know that. We have to move into the trillions to help developing countries to accelerate the pathways towards decarbonizing their economies as well.”

In line with that rhetoric, the negotiators argued in the Sharm el-Sheikh Implementation Plan that the supposedly necessary “global transformation to a local-carbon economy” is going to require “at least” $4 trillion to $6 trillion each year. Part of the plan is to bring the banking sector onboard to divert investments and loans away from profitable and necessary economic activity such as reliable power, and into “green” energy schemes such as windmills and solar panels largely produced in Communist China.

But simply handing over trillions will not be enough. “We need to recognize the need for more ‘radical politics’ or ‘radical governance,’” added Rockström, sounding like WEF boss Klaus Schwab with his increasingly unhinged demands for global tyranny. “We have to see that now is the time to take some big decisions to regulate ourselves away from the damaging processes we have today. It’s a bit too easy for us to talk about consumer behavior and choices and awareness and behavioral change. We need some big system shifts, which requires finance, politics and governance to shift.”

Many activists at the UN summit interviewed by The New American agreed. According to Lydinyda Nacpil with the Asian Peoples’ Movement on Debt and Development, who led a protest calling for “system change, not climate change,” the world is ending because of the profit motive and capitalism, and so the “system” must be overturned to prevent planetary destruction.

Senior officials at the European Union, which has now usurped the power to commit Europeans to paying for this all, wanted the deal to include decimating Western economies by taking a heavier sledge hammer to energy infrastructure. “What we have in front of us is not enough of a step forward for people and planet,” complained EU Executive Vice President Frans Timmermans in a message to UN member governments.

Among other concerns, he said the deal “does not bring enough added efforts from major emitters to increase and accelerate their emissions cuts.” “We have all fallen short in actions to avoid and minimize loss and damage,” the leading EU bureaucrat continued. “We should have done much more.”

But Third World governments eager to extract money from gullible Western populations were pleased with the progress on climate reparations. “Three long decades and we have finally delivered climate justice,” said Finance Minister Seve Paeniu with the Pacific island nation of Tuvalu. “We have finally responded to the call of hundreds of millions of people across the world to help them address loss and damage.”

Using the UN’s debunked “climate models” as a guide, the final deal also reiterated the demand that global temperatures must be kept from rising more than 1.5° Celsius. Skeptical scientists have long ridiculed the notion, comparing it to King Canute’s famous decree ordering the tide to stop rising. In practical terms, that element of the agreement is supposed to require governments (except Communist China, at least until 2030) to find ways to drastically limit CO2 emissions from their subjects, generally by restricting energy use or production, population, or economic activity.

UN boss Guterres, the longtime socialist, ramped up the rhetoric on that front. “Our planet is still in the emergency room,” he claimed. “We need to drastically reduce emissions now — and this is an issue this COP did not address. A fund for loss and damage is essential — but it’s not an answer if the climate crisis washes a small island state off the map — or turns an entire African country to desert. The world still needs a giant leap on climate ambition.”

“The red line we must not cross is the line that takes our planet over the 1.5 degree temperature limit,” continued Guterres, demanding a separate “Climate Solidarity Pact” that would see even more vigorous efforts to undermine energy production and use in Western nations. “To have any hope of keeping to 1.5, we need to massively invest in renewables and end our addiction to fossil fuels…. This is essential to keep the 1.5 degree limit within reach — and for everyone to play their part.”

Even before the final deal was reached, a huge range of “initiatives” and “plans” were launched involving the UN, its member governments, and even crony capitalists listed as sponsors of COP27 who will make huge amounts of money from taxpayers. Countless side schemes were announced by governments, (largely tax-funded) non-governmental organizations, “woke” corporations, and mega-banks. One of the most troubling schemes, perhaps, came from Google, which vowed to help track and trace emissions from everybody, everywhere, forever.

To get a sense of the propaganda being fed to the world, consider the Associated Press article on the final deal that was printed worldwide, including by Fox News. The opening sentence says it all: “For the first time, the nations of the world decided to help pay for the damage an overheating world is inflicting on poor countries, but they finished marathon climate talks on Sunday without further addressing the root cause of those disasters — the burning of fossil fuels.”

Governments also agreed to establish a “transitional committee” that will meet by March to work out the details of how the reparations fund will work. The goal is to have it up and running by the COP28 next year, which is scheduled to take place in the United Arab Emirates city-state of Dubai. But the work must go on, climate campaigners insisted.

“The next step for change is just around the corner, with the United Arab Emirates’ stewardship of the First Global Stocktake,” said Simon Stiell, UN climate change executive secretary. “For the very first time we will take stock of the implementation of the Paris Agreement. It will independently evaluate the progress we have made and if our goals are adequate. It will inform what everybody, every single day, everywhere in the world, needs to do, to avert the climate crisis.”

The UN and virtually every power center are moving rapidly in the direction of shackling the world under the guise of saving it from “climate change.” Even a new religious and moral system is being developed to facilitate the transition. For liberty and prosperity to survive — and for the world’s poor to have a chance to improve their situation — it is essential that freedom-loving people everywhere get informed and activated.
You must log in or register to reply here.

January 7, 2023 and the Insurrection Continues

AOC's box office disaster reminds some critics she's a flop in Congress: 'She doesn't do her job'