Fentanyl is killing more young Americans than COVID-19: Pedo-Joe's open-border policy is helping it right along

The blood of dead Americans, including women and children, are on the hands of Pedo-Joe, his ilk and those who support him

Leftists and their bleaters are destroying our country

LINK: For two years, our nation has been combating the COVID-19 pandemic, which has tragically claimed the lives of hundreds of thousands of Americans. Families across eastern North Carolina have adapted their daily routines to combat this public health crisis, which has overwhelmingly targeted seniors and those with preexisting conditions and comorbidities.

There is, however, another devastating reality that has failed to make headlines: Fentanyl is killing more young Americans than COVID-19.

The vast majority of fentanyl is manufactured in China and enters the United States via the southwest border. In fact, the Drug Enforcement Agency reports that an astounding 80 percent of fentanyl in America comes into our country through the U.S.-Mexico border.

Fentanyl is often the supplemental drug of choice for smugglers and dealers, as the illicit synthetic opioid is cheaper than heroin and nearly 50 times as potent. It doesn’t just stop at pure fentanyl. As the National Institute on Drug Abuse reported that last year, in 75 percent of cocaine deaths and 50 percent of methamphetamine deaths, the drugs were mixed with fentanyl.

Border patrol officers have reported that while fentanyl seizures are up, the price of fentanyl on the street has dropped 50 percent — indicating a serious influx in supply. While our U.S. Customs and Border Protection agents are demonstrating a herculean effort to intercept deadly drugs, it is clear that more needs to be done.

The flood of fentanyl into America via our southern border has turned every community into a border community — and the consequences are close to home.

In December, a Lenoir County man was arrested with 3,500 fentanyl pills in his possession. Just two weeks ago, a Washington, N.C., man was sentenced to 20 years in prison for using the dark web to distribute counterfeit drugs that contained fentanyl. At the time of his arrest, he was found with over 1,500 fentanyl-laced pills.

Our law enforcement officers are working tirelessly to keep these lethal drugs off the streets, and their efforts must be commended. Unfortunately, an open border means a new challenge each and every day to intercept dangerous fentanyl and fentanyl-laced substances.

Tragically, fentanyl fatally poisons one person in America every 8.57 minutes, killing 175 people every single day. The need to address this crisis is more important now than ever. We must bolster public health intervention efforts to educate eastern North Carolinians about the dangers of fentanyl, and support law enforcement efforts to intercept the deadly opioid as it floods across the border into our neighborhoods.

It is clear to me as both a lawmaker and a physician of more than 30 years that the most important way to get the fentanyl drug crisis under control is by first securing our southern border. I call on Team Pedo to take swift and decisive action to enforce our rule of law and reinstate common sense border protections as a matter of national security and public health.”
Reactions: Gunny46

An Idaho sheriff said Wednesday his community does not have the resources to deal with the influx of fentanyl that has been coming over the southern border.

Canyon County Sheriff Kieran Donahue said Team Pedo is out of touch with the outcomes of their border policies as Americans and communities deal with the increase in fentanyl poisonings.

"At the border, we are simply not catching the vast majority of this stuff (fentanyl), it's an incredibly terrifying drug," he told Carley Shimkus.

Officials with U.S. Customs and Border Protection seized more than 200,000 fentanyl pills hidden in a secret compartment of a vehicle at Port of Nogales, Arizona, Saturday.

Around 47,000 of those pills were rainbow-colored pills, which federal officials have warned is a new trend meant to drive young people to the deadly drug.

Fentanyl, a powerful opioid up to 50 times stronger than heroin, was responsible for 71,238 of the record 107,000 fatal drug overdoses in the United States last year, according to the CDC.

"Little children thinking that they may be candy-like Sweet Tarts or Skittles. They could eat these," Donahue warns. "They're simply going to die from ingesting these pills." 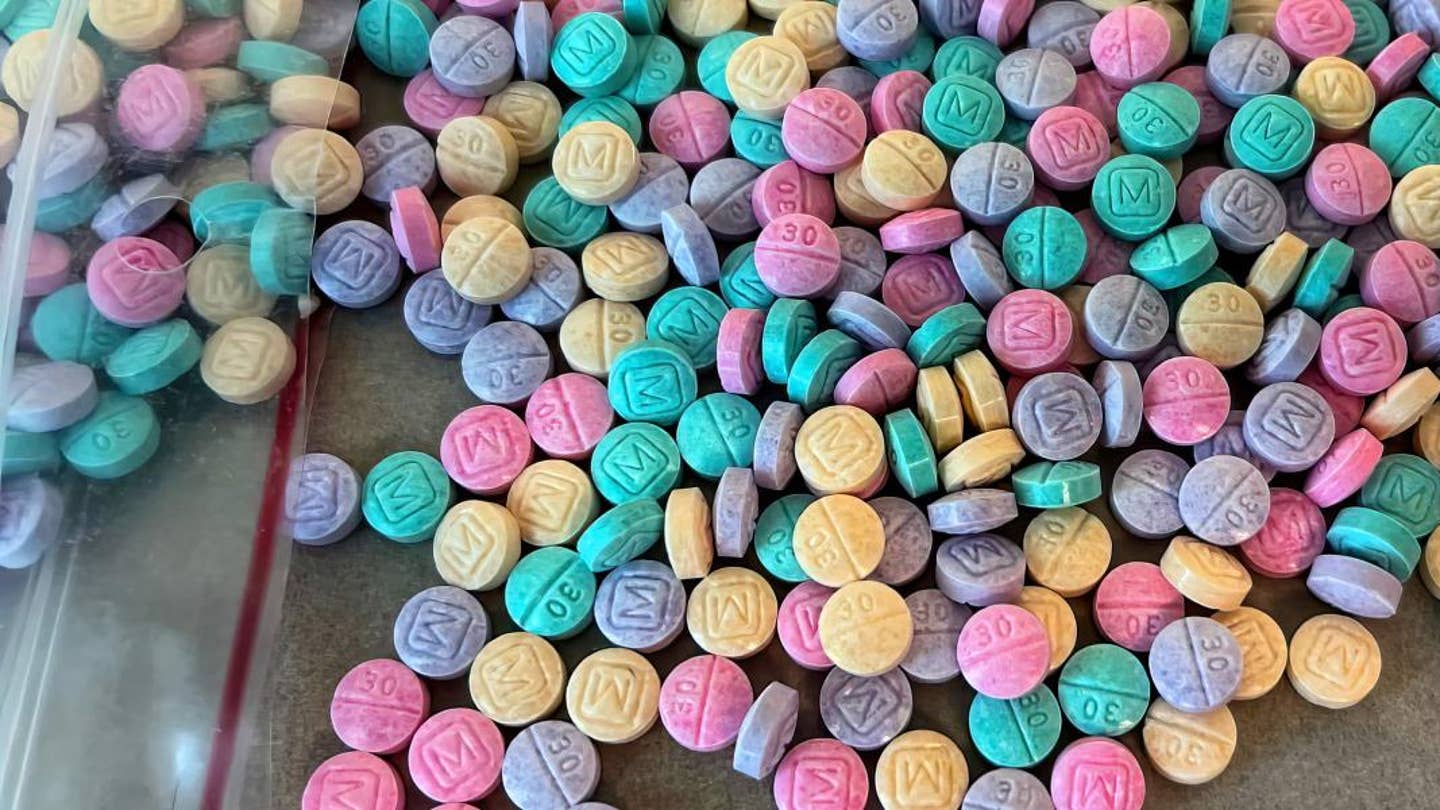 Oh, but bleaters want to cling to Trump's nut sack while ignoring the crises caused by Team Pedo

They don't want to talk about the real issues
You must log in or register to reply here.

Feds have seized enough fentanyl at the border to kill entire US population: Thanks Pedo-Joe!