Democrats loved COVID pandemic and they wanted you to love it, too: Liberals had success with COVID by doing what they do best—spreading misery

LINK: Nothing quite revealed what absolutely horrific human beings that liberals could be quite like the COVID pandemic. The annoying things they've always done—nag, whine, lecture, tattle—came with the most precious gift in 2020: the backing, approval and moral authority of the state, as it’s conceived in the left's mind.

With the sanction of the government to insert themselves in everyone else’s business, liberals felt free to pole vault atop the highest soap box and reign down their most wretched sanctimony—all in the name of "The Science." 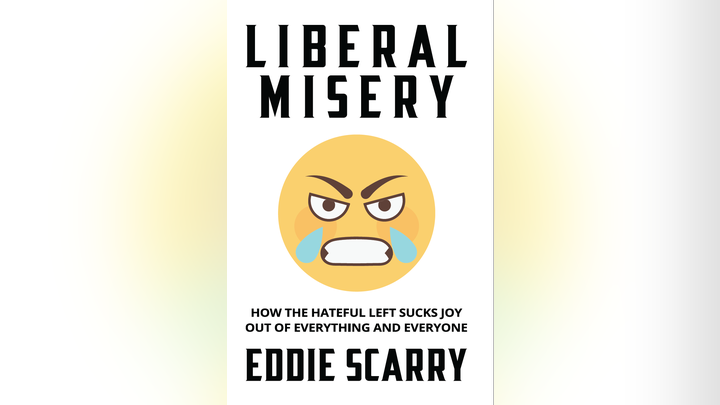 "Where’s your mask?"
"You’re putting others at risk."
"Why are you traveling?"
"Stay home!"
"We’re all in this together."
"Follow the science!"
"Trust the science!"
"Six feet apart!"
"Practice social distancing!"
"Why don’t you wear your mask." (Always phrased as a question, even though it wasn’t.)

Insufferable is the word.

It was like the end of "Grease" when Sandy—formerly a plain Jane, now donning a leather jacket and makeup—suddenly has the nerve to act like she runs the place. Except the audience loves Sandy for going the extra mile to win a love interest. Liberals were simply acting out their most exotic dreams of being able to tell everyone what to do, snapping at innocent people while feeling good about themselves. Nobody loved that or the people acting it out.

This remained true even into 2021. In March of that year, a full year after the initial pandemic alarm hit the U.S., Democrats and liberals were still hyperventilating over its spread: 82 percent of Democrats and Democrat-leaning voters believed the new coronavirus was a "major threat" to the entire US population "as a whole," according to a Pew Research survey. Just half as many Republicans, 41 percent, agreed. This was well after learning that COVID was relatively harmless to the vast majority of us, with something like a 98 percent survival rate.

The same survey had an obscene number of Democrats, 93 percent, who said people should still avoid gathering in large groups. Among Republicans it was 56 percent, a large portion of which had been no doubt conditioned to say the Right Things™ in public when it comes to COVID. By this time, there were three highly effective vaccines available and yet liberals were still pestering people about wearing masks, not gathering in crowds, and avoiding anything formerly known as "fun."

Heading into the spring of 2021, with vaccines at the ready, even Democrat-run states were reopening at a rapid pace. And yet, like former high school jocks who know they’re past their peak, the liberals were desperate for yesterday.

Pew asked U.S. adults the same question nearly a year apart (first in May 2020 and then again in February 2021) whether they thought there should be fewer, more, or about the same amount of restrictions in their location due to an outbreak of COVID. Among Democrats, those who wanted more restrictions between May 2020 and February 2021 went up, from 35 percent to 41 percent. For Republicans, it went down, from 16 percent to 12 percent.

That’s right: a year after the initial spread of the coronavirus, at which point hospitals were far better equipped at treating the infected, and with the widespread (free!) availability of (three!) highly effective vaccines, Democrats wanted more lockdowns.

They couldn’t let it go because to recognize the truth that there was no stopping an insanely contagious, airborne virus, one that passed through almost everyone without incident, would be to give up their purpose in life, which is to control people and force us into the same state of misery as them.

Democrats and the media have spent more than two years keeping the country on the brink about the virus, doing their best to ensure that everyone remains in a perpetual state of anxiety and fear.

It’s true that we surpassed one million deaths ostensibly related to the virus. That isn’t nothing. It’s a tragedy. Most who perished were elderly. Those were lives cut too short nonetheless. Anyone can see that. But liberals saw beyond the tragedy. They saw opportunity.

Even after the pandemic was effectively over—which was as soon as vaccines were available in December 2020—liberals insisted that we act as if it wasn’t. Don’t travel! Six feet apart! Stay Home™! Getting through the pandemic would mean getting back to normal, which is something Democrats and the media only sometimes pretended to wish for. Most of the time, though, they were practically cheering on the new coronavirus.

They believed that more spread meant additional mandates, and there’s nothing liberals love more than a good government mandate (other than calling unassuming people "racist," their first love).

Liberals loved everything about the pandemic. They loved politicizing it. They loved using it as a license to tell people what to do.

They loved having it as a reason to push for more welfare spending. They loved that it could be cited to further their agendas on virtually everything, from election tampering to climate change and even to increasing the minimum wage.

They had success with the virus by doing what they do best—spreading misery.
You must log in or register to reply here.

America's woes are 'man-made’ disasters brought to you by Democrats: They are attacking our Constitution

Mark Kelly slams fellow Democrats over border crisis: 'Not even close' to understanding it