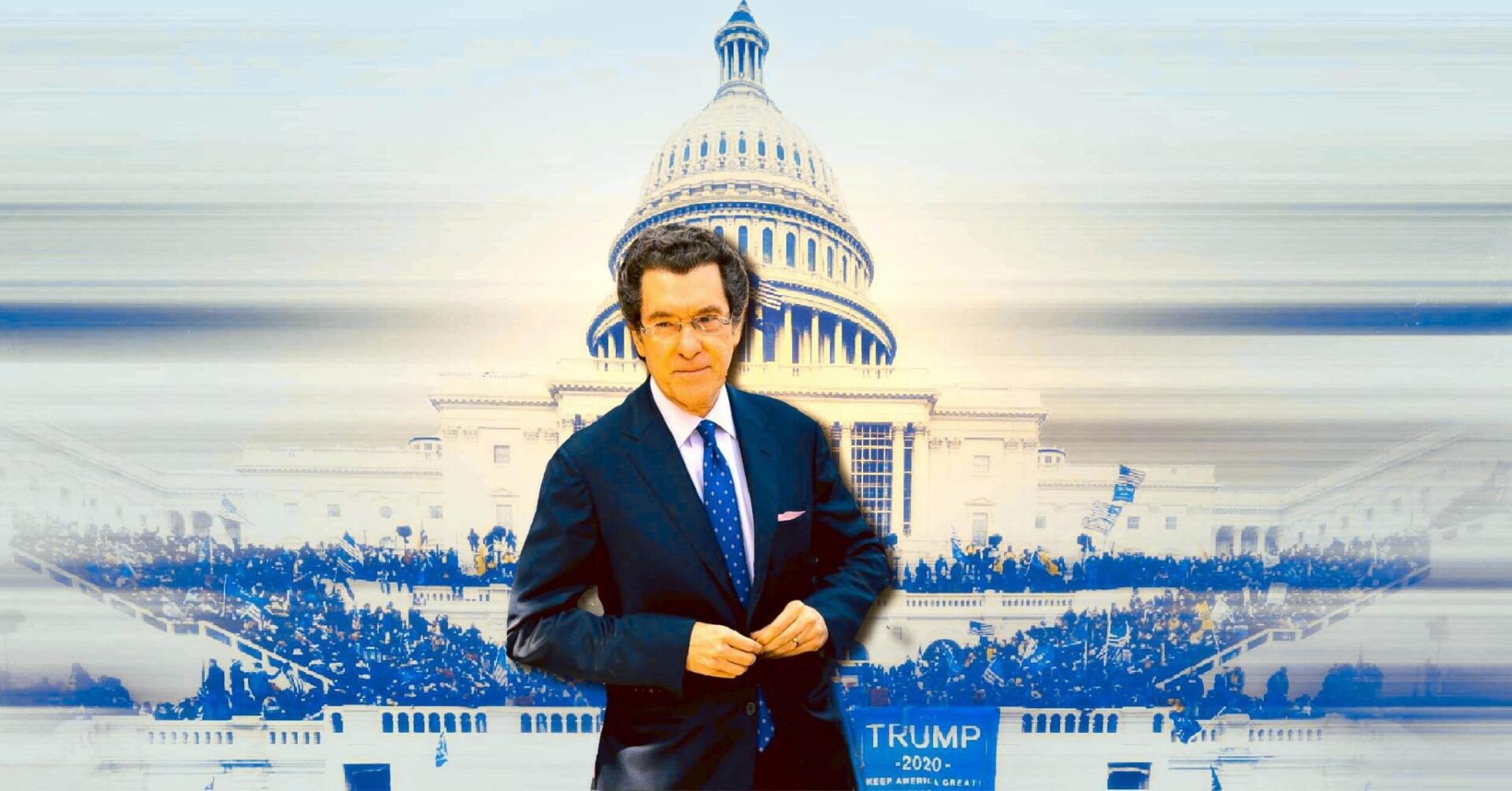 Norm Eisen is a key architect of a conspiracy hatched by a dark cabal of operatives aiming to use the January 6 committee to destroy Trump.

If the Regime’s broader purpose in hyping the so-called January 6 “insurrection” is to cast all Trump supporters as de facto domestic terrorists, its more urgent and immediate purpose is to kneecap the political prospects of Trump and his allies as the 2024 elections approach.

That the overhyped January 6 Committee hearings turned out to be a major ratings flop may not therefore ultimately matter, depending on the Committee’s success in pressuring its audience of one, Attorney General Merrick Garland, to pursue criminal charges against the former President. Garland himself took the ominous step of noting that he is watching the hearings and he can “assure us that all of the January 6 prosecutors are watching all the hearings as well.”

We’ve gotten a taste of this in the egregious (and ultimately unsuccessful) attempts of Democrat lawfare operations to use the Jan 6 Fedsurrection as a pretext to remove MAGA stalwart Marjorie Taylor Greene from the ballot. AG Garland’s ominous announcement, coupled with the January 6 Committee’s singular and absurd focus on President Trump’s alleged culpability in an attempted “coup” on January 6, brings the immediate political objectives of the regime into still sharper focus. The January 6 committee and its careful observers in the DOJ are the Biden Regime’s way of holding the threat of criminal prosecution over the head of Donald Trump, who just happens to be Biden’s presumptive rival in the 2024 Presidential election. If the deterrent effect alone isn’t sufficient to neutralize Trump and his supporters, jail time might have to do the trick.

As it so happens, an individual by the name of Norm Eisen has emerged as one of the leading voices formulating January 6 Committee’s purpose as teeing up a criminal indictment against Trump for the Justice Department. If the name sounds familiar, it is because Revolver News brought Eisen’s name to national attention as a key Democrat legal hatchet man and color revolution professional driving a coup attempt against then sitting President Donald Trump:

This third installment of Revolver News‘ series exposing the Color Revolution against Trump will focus on one quiet and indeed mostly overlooked participant in the Transition Integrity Project’s biased election “war games” exercise—a man by the name of Norm Eisen.
Click to expand...

As the man who implemented the David Brock blueprint for suing the President into paralysis and his allies into bankruptcy, who helped mainstream and amplify the Russia Hoax, who drafted 10 articles of impeachment for the Democrats a full month before President Trump ever called the Ukraine President in 2018, who personally served as special counsel litigating the Ukraine impeachment, who created a template for Internet censorship of world leaders and a handbook for mass mobilizing racial justice protesters to overturn democratic election results, there is perhaps no man alive with a more decorated resume for plots against President Trump.
Click to expand...

Though Norm Eisen kept a low profile for months after Revolver’s expose on him, he has been positively giddy as of late at the prospect of the January 6 committee serving up a criminal indictment of President Trump.
You must log in or register to reply here.

What you need to know about the FBI Jan 6 Proud Boys informant leak...