50 illegal foreign nationals created a humanitarian crisis at Martha's Vineyard? But, but they're a sanctuary city...

Democrats are so phony and out of touch. Pedo-Joe sends illegals all over the country in cities that ARE NOT sanctuary cities and that's supposed to be fine. Thousands a day at our border cities? Also fine with Team Pedo and the leftist elite. Drop a few HUNDRED off in declared SANCTUARY CITES and Democrats are flipping out. Drop 50 of them off in Obama's neck of the woods and there's a HUMANITARIAN CRISIS? WTF?? They're blaming Republicans?

Pedo-Joe, his fellow leftists and their bleating voters created the true humanitarian crisis at our southern border with his open-border policy and incentivizing foreign nationals to cross illegally. Do those idiots think we're that freaking stupid?

LINK: Martha’s Vineyard was slammed on Twitter for declaring a "humanitarian crisis" based on the illegal immigrants sent to them by Florida Gov. Ron DeSantis, R., on Thursday.

DeSantis’ office revealed to Fox News Digital on Wednesday that the governor was responsible for sending two planes of illegal immigrants to Martha’s Vineyard in response to the Team Pedo’s failure to secure the southern border.

Massachusetts Democrats, including representatives from Martha’s Vineyard, condemned the governor for using illegal immigrants as "political pawns," suggesting that the city is struggling to take care for migrants.

After the news broke, Martha’s Vineyard’s Chamber of Commerce released an update to what they called a "humanitarian crisis."

"To our Island community, here is an update on current humanitarian crisis on Martha's Vineyard....we thank people for their continued help," the account wrote.

Twitter users mocked the update, noting that the announcement itself reported only "approximately 50 individuals" present in the city while border towns struggle with thousands per day.

Washington Examiner columnist Becket Adams tweeted, "i'm sorry, putting out a public notice of this nature for an influx of *50* people is objectively funny. FOR IMMEDIATE RELEASE."

"Wow, 50 illegal aliens caused a ‘humanitarian crisis’ on Martha's Vineyard. Just imagine the crisis the policies advocated for by MV and Massachusetts have caused in places that get hundreds or thousands of illegal every single day. Screw them, send more," Townhall.com columnist Derek Hunter wrote.

EpochTV host Hans Mahncke tweeted, "’humanitarian crisis’ The pearl clutching over a situation which the pearl clutchers themselves created and yearned for is so totally off the charts that even terminal stage TDS sufferers should be able to recognize it."

"So now it's a ‘crisis,’" former Department of Defense intelligence analyst Jason Buttrill tweeted. "Border states would like to welcome the coastal elite to the crisis."

Texas Gov. Greg Abbott, R., similarly began bussing illegal immigrants from his state to liberal cities such as New York City, Washington D.C. and Chicago in protest of Pedo-Joe’s lack of action at the border. Although these metropolitan cities have previously boasted their status as "sanctuary cities" for illegal immigrants, they have condemned this move as "inhumane" and have struggled to handle the influx.
Reactions: atlkvb
P

Right up there with Nazis, Communist, and Italian Fascist. Actually they are like a mixture of all three.

Not to be confused with our wonderful immigrants that settled in WV. Only a very small handful rooted for them.
Reactions: Airport 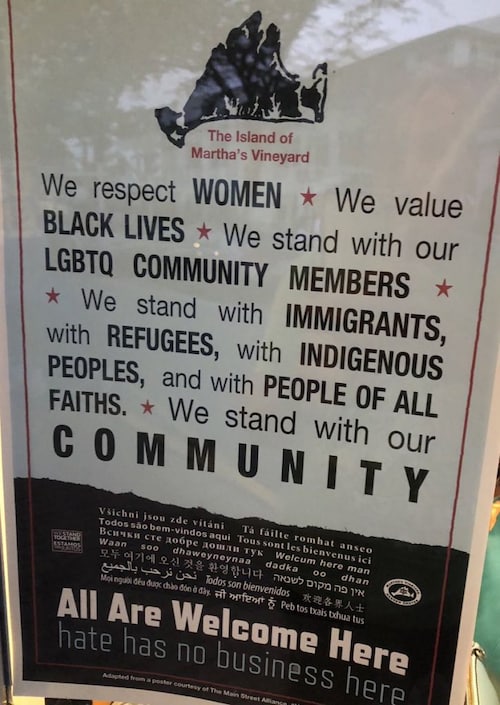 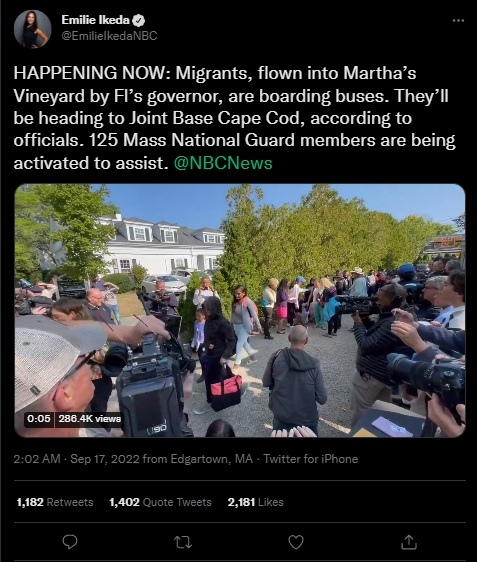 I hope he sends a plane a week
Reactions: atlkvb and 30CAT

It’s more about hypocrisy than just NIMBY because it’s the elitists in Martha’s Vineyard who are proponents of open borders.
Red states and non sanctuary cities have a right to say NIMBY to illegal immigrants.
Reactions: atlkvb and polar80

The brilliance of this move is that it exposed the the Left as the totally phony two faced hypocrites they are! DeSantis didn't need any words to call them two faced phonies, just this one action was worth a thousand words.

That was my whole point, exposing the Left as nothing a bunch of phones when it comes to illegal immigration

Yup...perfectly illustrated Governor!
You must log in or register to reply here.