10 career NYC criminals have been arrested 485 times since bail reform went into effect in 2020... 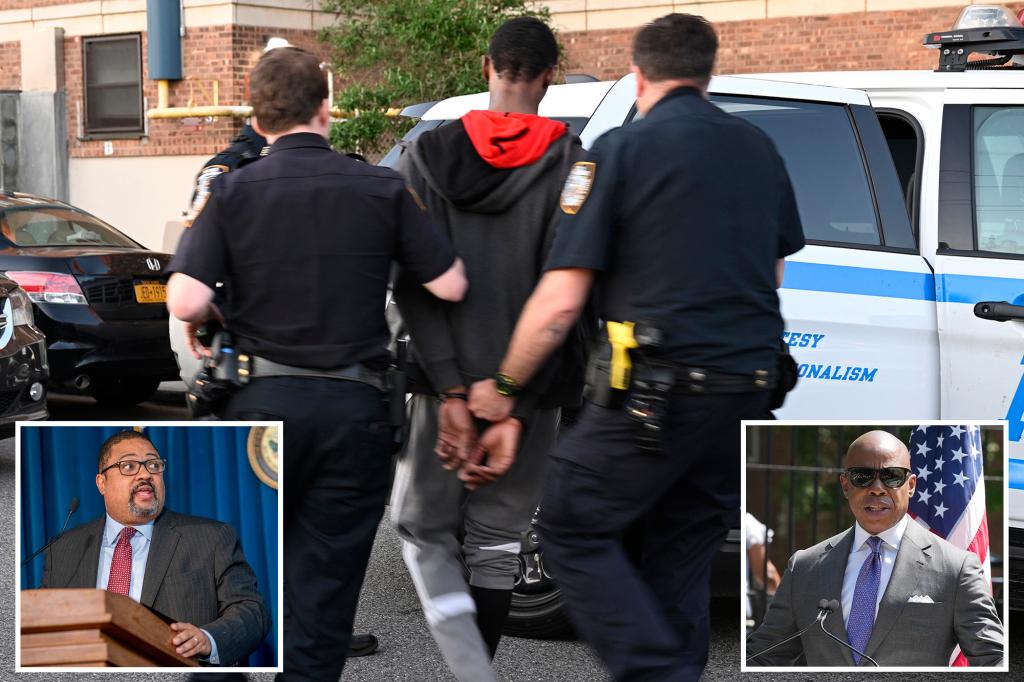 Stunning statistics compiled by the NYPD show that the city’s alleged “worst of the worst” repeat offenders have been busted a total of 485 times.


A small group of just 10 career criminals was allowed to run amok across the Big Apple and rack up nearly 500 arrests after New York enacted its controversial bail reform law — and most of them are still out on the streets, The Post has learned.

Stunning statistics compiled by the NYPD, and obtained first by The Post, show that the city’s alleged “worst of the worst” repeat offenders have been busted a total of 485 times since bail reform went into effect in 2020.

Two of the unidentified defendants are actually accused of embarking on lives of crime in the wake of bail reform, with one busted 33 times since 2020 and the other busted 22 times, all this year, the data shows.

Mayor Eric Adams — who’s been demanding that state legislators roll back the bail-reform law to crack down on repeat offenders — expressed outrage Wednesday while discussing the findings during an afternoon news conference at One Police Plaza.

“Our criminal justice system is insane,” he said.

“It is dangerous, it is harmful and it’s destroying the fabric of our city.”

Adams added: “Time and time again, our police officers make an arrest, and then the person who is arrested for assault, felonious assaults, robberies and gun possessions, they’re finding themselves back on the street within days– if not hours — after the arrest.”

How The 2020 Election Was Stolen In Pennsylvania